Oliver's first Primary Program was a success! Jordan played the piano, I sat with my class to help them know when it was their turn to speak/make sure they behave. Ollie sat with his class and chatted with the adorable little girl, Annabelle, next to him the entire time. He said his part loud and clear and earned a chuckle from the crowd. His part was, "I lived in Heaven before I was born." He nailed it. After church, I made sure to get a picture of the handsome dude. 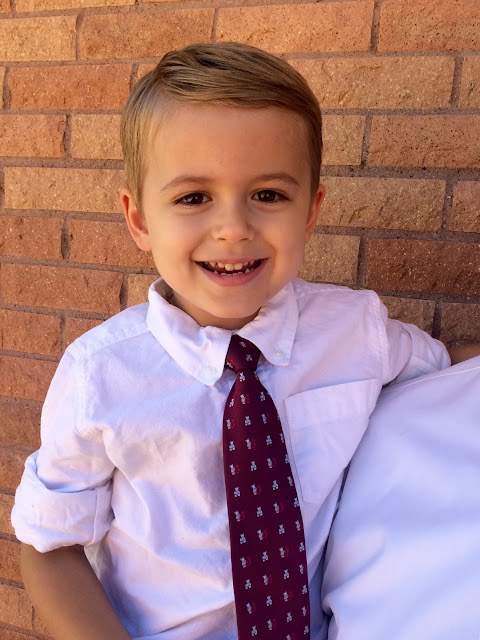 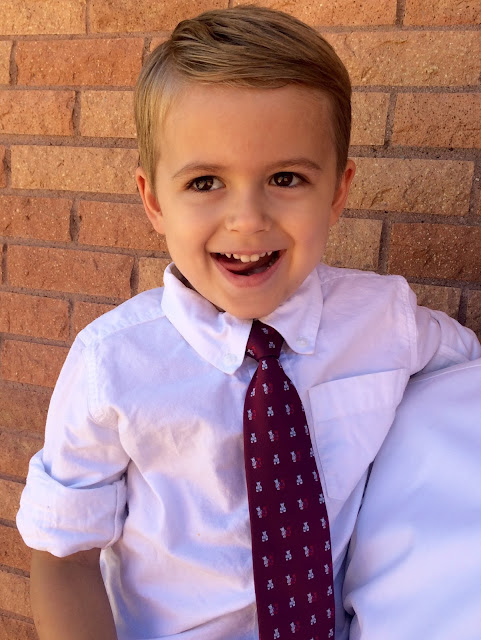 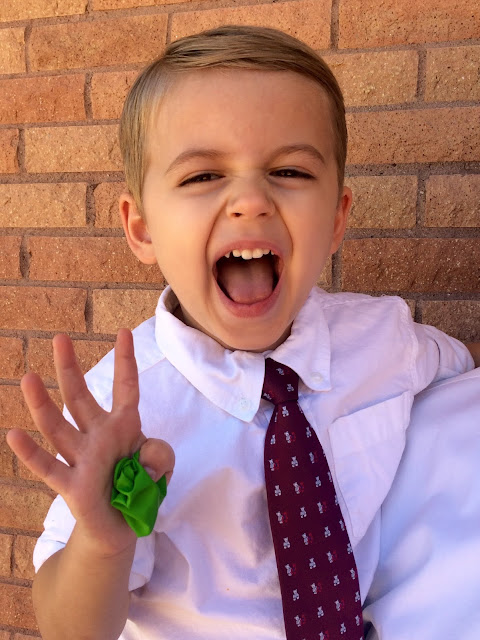 We got home from church and he started complaining he couldn't take any big breaths and his right side hurt. I laid with him on the couch for a couple hours to keep an eye on him and kept checking to see if he had a temperature, which he did not. I got up for a minute and he came to find me saying it was worse. Jordan was holding him while I called around to get some clues as to what I should do with the poor little guy and Jordan said he felt really warm. I took his temperature and it was in the 102 region. So I got him some Tylenol. A few minutes later I took it again and it was 103 something. I called a PA friend to ask her if we needed to take him somewhere and while I explained the situation to her - I checked his temperature and the thermostat read 104. Ollie was lethargic and scared while we rushed around to get in the car. Dad and Jordan gave him a Priesthood blessing before we jetted off for the hospital. As soon as we got there he started acting pretty normal {of course}. His side still hurt, but the Tylenol had done its job and the temperature was going down. They checked us in, the doctor saw him, ordered x-rays of his chest and tummy and told him to pee in a cup - which he thought was the coolest thing in the world. We did a lot of waiting and the novelty of it soon wore off for the little guy who was tired and just wanted to go home. After questions arose from the x-rays the doctor asked for an ultra sound. Everything came back clear and he was diagnosed with constipation {something he has never ever had a problem with, not even close} and possibly some weird, vague virus that caused the temperature. The rest is a mystery. He had another fever when we got home late Sunday night, but didn't have another one until tonight {Tuesday} so we will see what the next 24 hours bring, but hopefully the weird, vague virus just needs to work its way out of my little guys system. Here he is looking right as rain at the hospital... 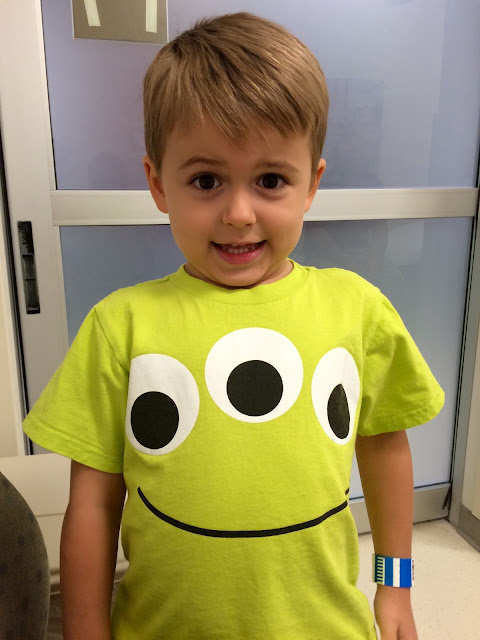 Taking your child to the E.R. is an awful experience, but we were well taken care of and I am grateful for all the family who sent love, support & prayers.
Here's to hoping for a good healing nights rest & to no more hospital visits for us in the near {or distant} future!
Posted by Megan and Jordan at 8:46 PM 1 comment:

It took two weekends to get things cleaned up at home and back to normal. 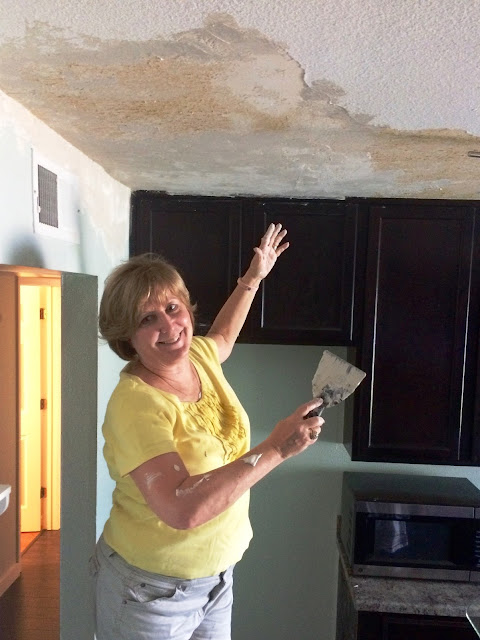 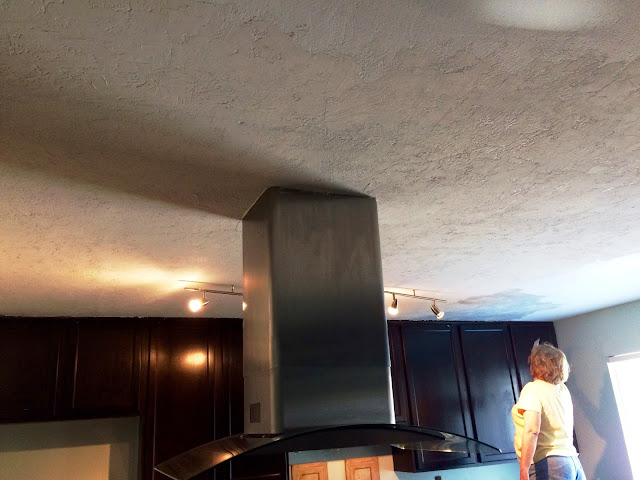 It was a lot of hard work and after both weekends we were pretty much done in with exhaustion. Momma worked her buns off and re-textured the entire kitchen ceiling to match the rest of the living area ceiling. Seconds after she stepped off the ladder she got a call from my brother that my sis-in-law was headed to the ER. She had excruciating abdominal pain and ended up having emergency surgery to remove 18 inches of her small intestine which had randomly kinked and died. Crazy sauce! Did I mention they just got a newborn two weeks before they are planning on adopting and that they already have five kiddos. I felt bad to have worn my mom out with fixing my ceiling and then she jumped right into taking care of a newborn for 2-3 days and nights. Everyone is on the mend and we have all taken turns helping out with taking care of Baby A - which has been enjoyable.
Cleaning up this mess was not enjoyable, however. 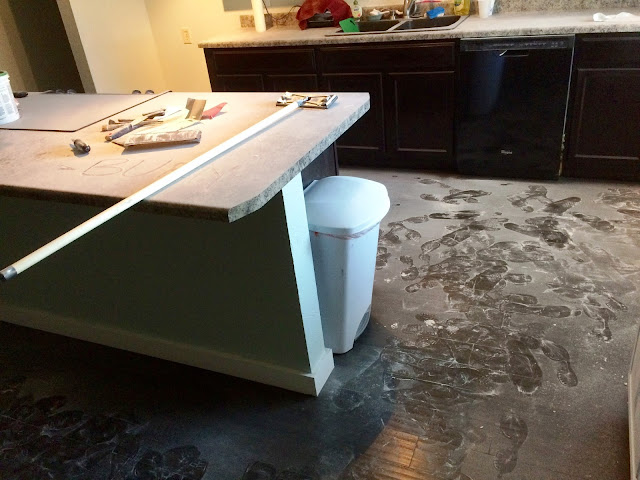 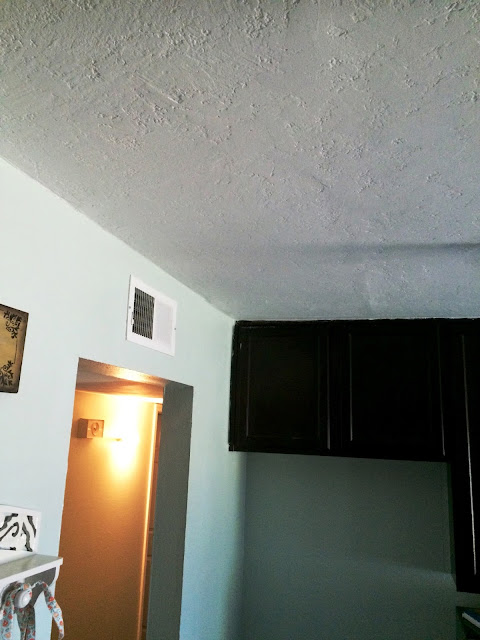 Mom did a fabulous job. What giant leak?! 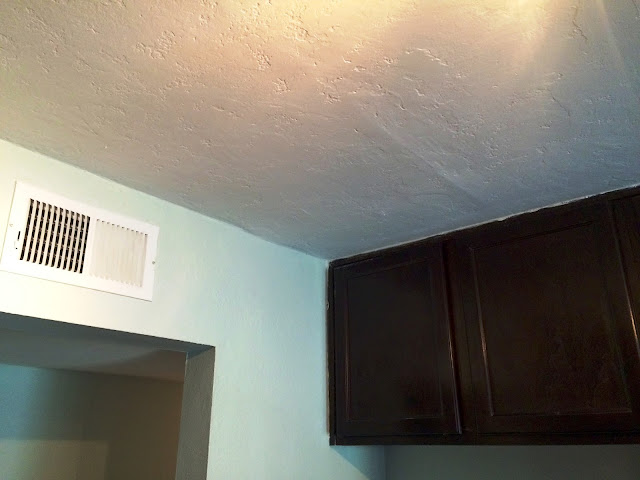 We are happy to be back in our house and still hoping for less drama and more normal days ahead. 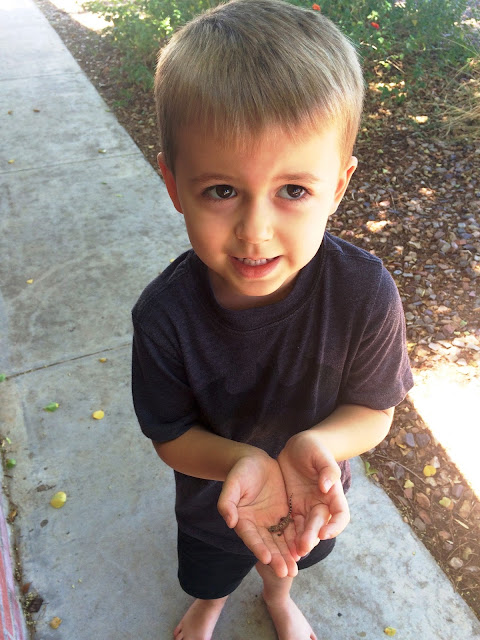 The day before we officially moved back in I came over to the house to clean things that had gotten dusty and grimy. Sharon helped me scrub on the blinds and dust everything. She saved this little lizard from drowning in the bathtub and Ollie liked setting him free in the front yard.
We've enjoyed monsoon season and the rain it has brought to this hot desert. My parents backyard looks green and alive after a hot, hot summer. 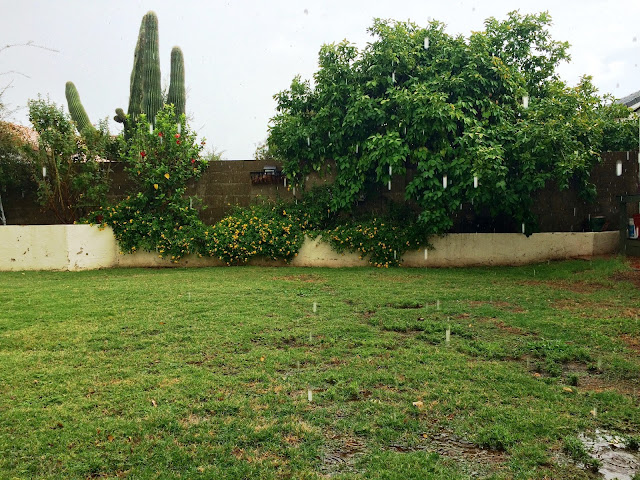 Ollie is a fan of the rain and cooler weather. 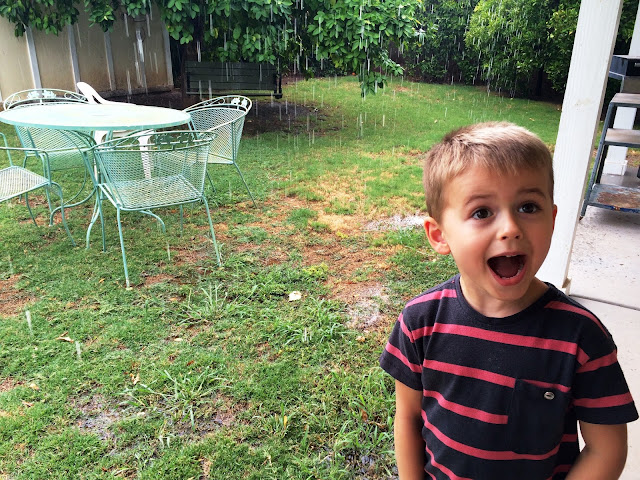 Every Tuesday {AKA Taco Tuesday} I bribe everyone I know (Beth & my parents) to go to Cafe Rio for tacos! Ollie was telling Bapa secrets. Ollie likes Taco Tuesday too, which is part of why I love it so much. 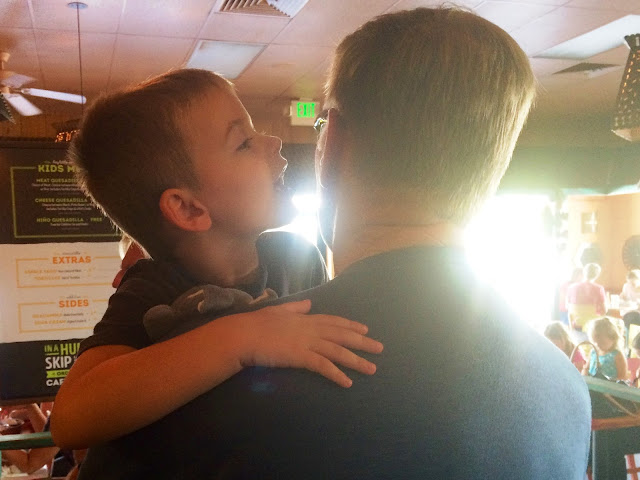 The morning after moving back in, I woke up and Ollie had made me this dragon Lego. It's pretty clever and I still have it in my room on my dresser. I couldn't have come up with something that awesome as a child. 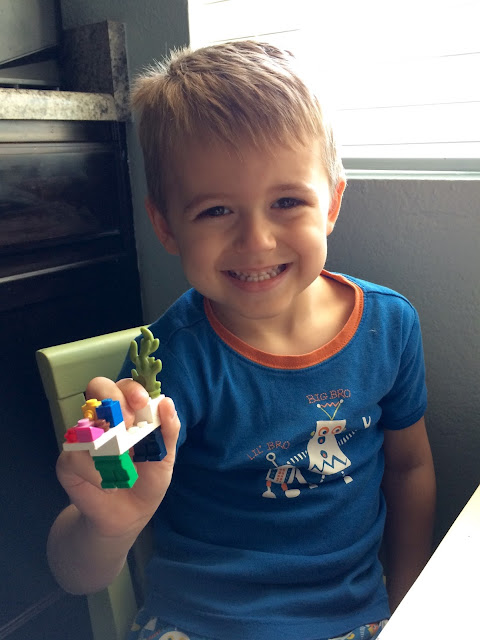 The morning after that I woke up and Ollie had created a perfect play land for bouncy balls. I guess he missed all his toys for the month we were gone. 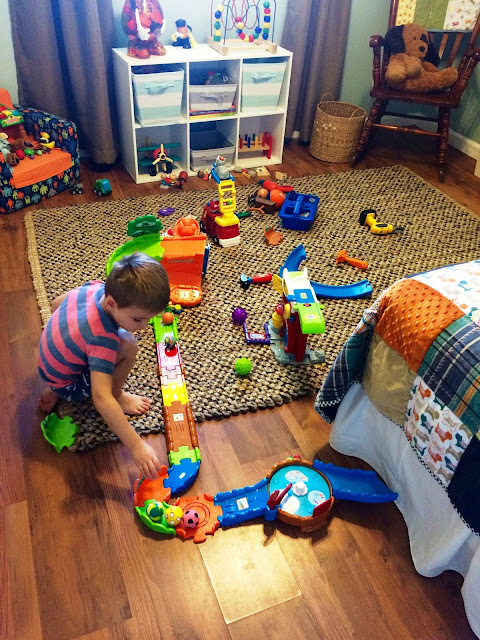 So much love for that Gru... 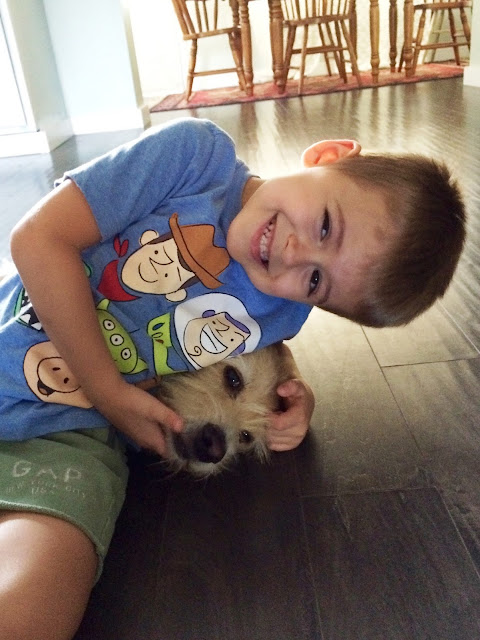 He put the same vice like grip on Jane babe. We got to babysit Miss Jane and we are always sad when her parents come to pick her up. We definitely want to keep that one for ourselves. 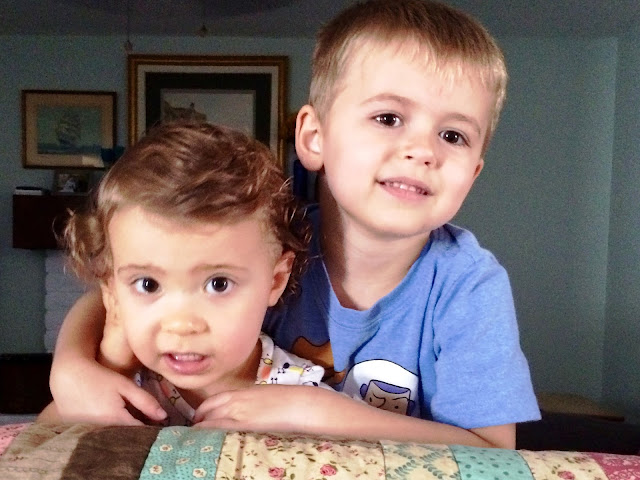 My beautiful Mom celebrated a birthday with some of her favorite peeps - miss you Elyce! 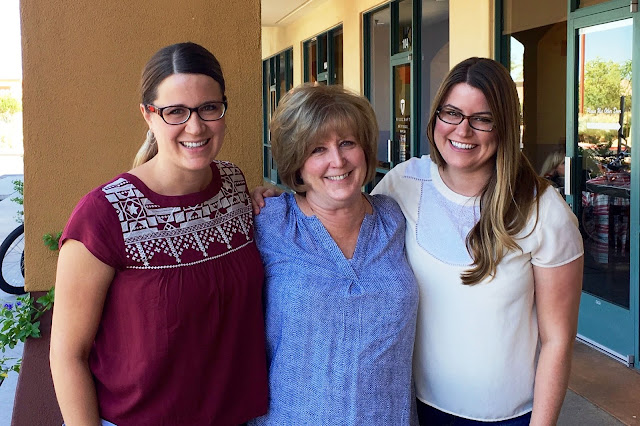 Ollie doesn't forget a single toy he has ever owned. If I get rid of something,  you better believe he will call me out on it at some point. He kept talking about a penguin with a Santa hat and after finally realizing it was one of the bajillion beanie babies - I dug them all out which made Squarepants super excited. 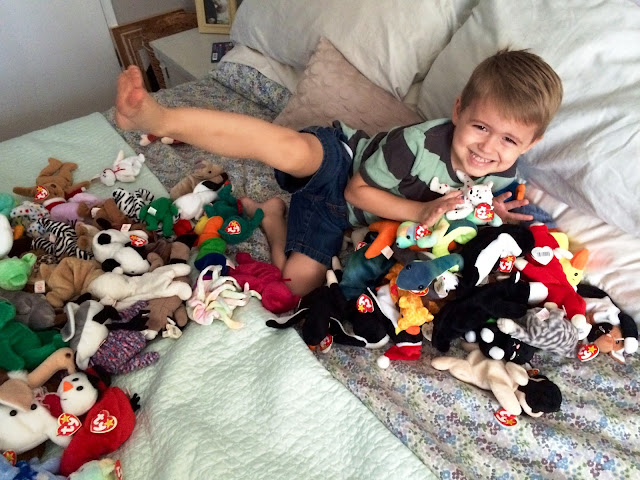 I got super excited to get Utah peaches this year. After eating some and making peach jelly, I used the rest to make a delicious peach cobbler. I sent this pic to my mom and told her it was headed for the oven and if she brought vanilla ice cream in one hour she could have some. 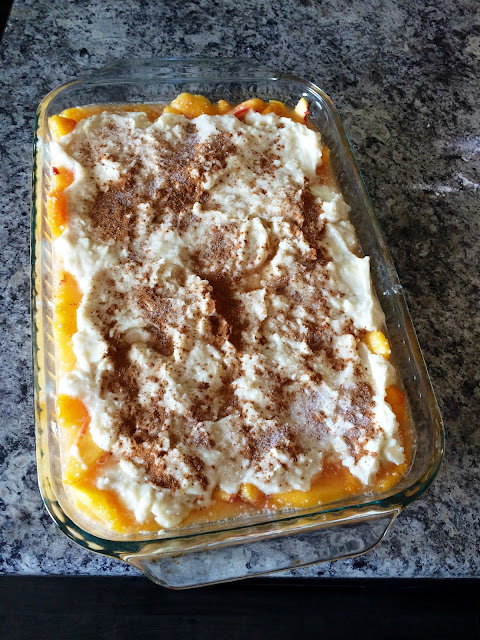 It sure was good.
Two weeks after getting back our washing machine broke. We called home warranty and they couldn't come for a week. My mom passed the word and her best friend from childhood has a son who graciously gave us their old Maytags. They are way nicer than what we had, but we had trouble with the washing machine. I knew it was worth fixing because Maytags are the best. Jordan's dad and brother spent the better part of a Saturday taking the whole thing apart. It still makes a loud sound for thirty seconds during the spin cycle, but it has greatly improved and one day we might get that fixed if other things quit breaking.
On another rainy day, the day after Labor Day {which we spent cleaning off the back porch} I parked it in a comfy chair and we played outside on the clean porch and soaked up the rainy day. One day when it is officially not hot as Hades we will have a full backyard of beautiful green grass. 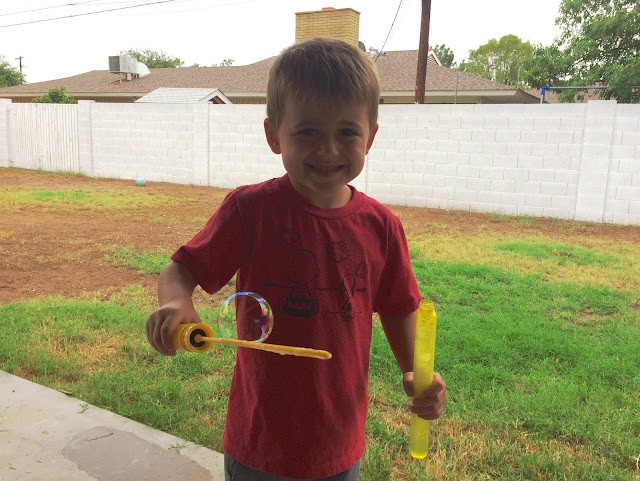 I finally took my Christmas present sewing machine out of its box and hemmed some curtains - which is pretty exciting! Thanks for the new machine Jordy! 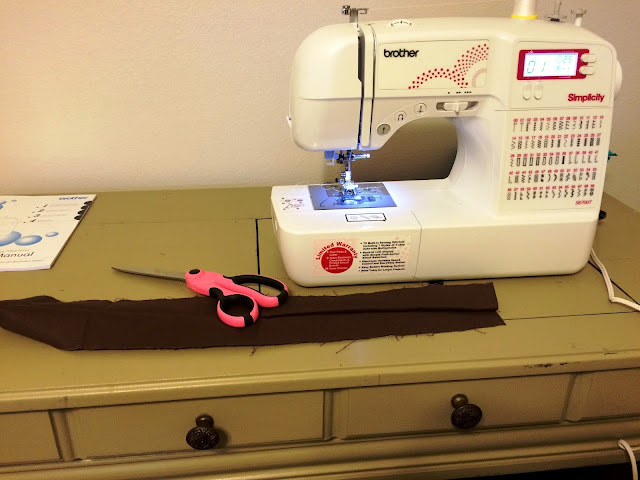 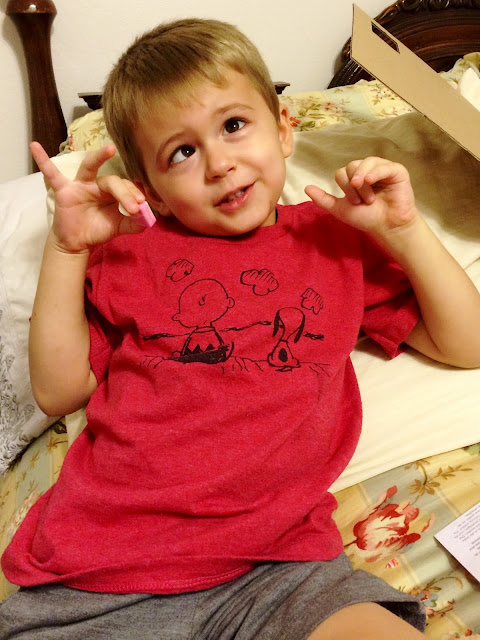 slash ate Starbursts while I put it all together. 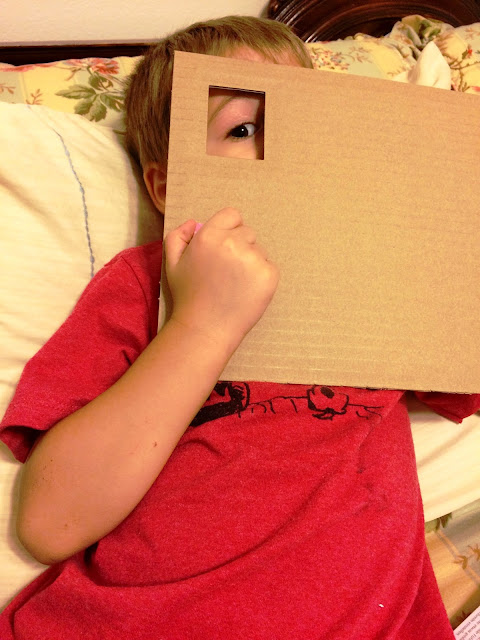 Yesterday, while Oliver was at Preschool, I found this picture which perfectly completed this corner of Ollie's room and even matched the colors in this Oklahoma plate Sharon gave us. 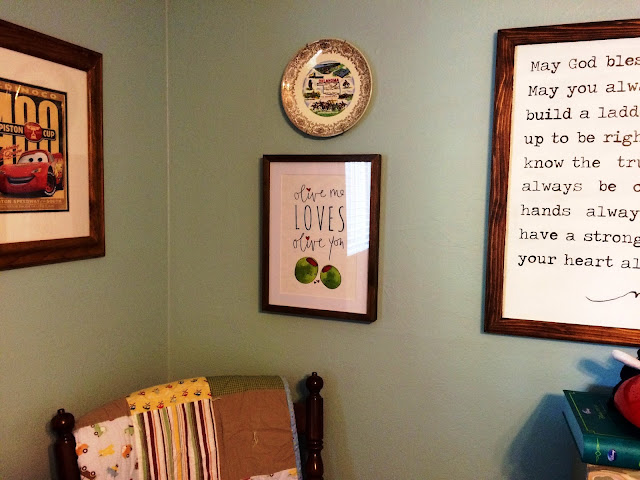 My next project I am itching to check off the list is to paint the kitchen cabinets white. Hopefully the next post might include some progress on that front. Adios!
Posted by Megan and Jordan at 3:02 PM No comments: 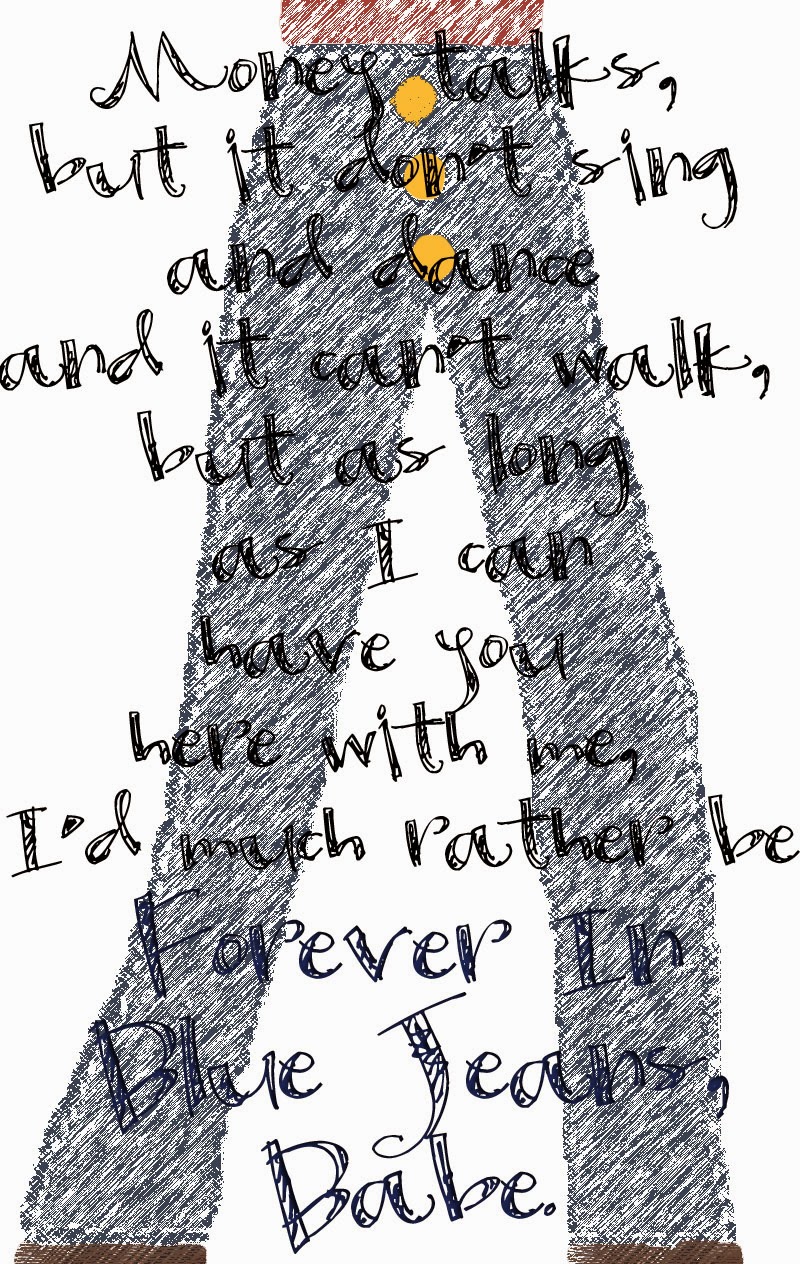